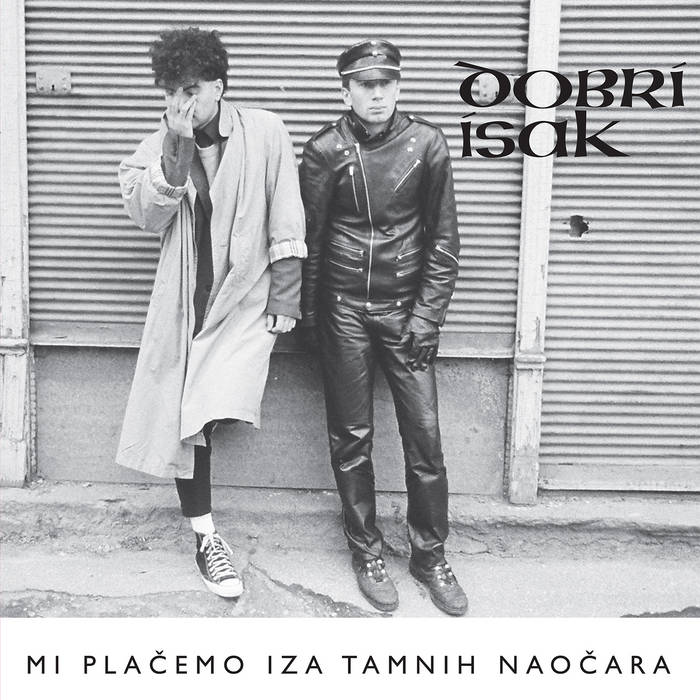 "In late 1983, Predrag Cvetičanin (guitar, vocals) with Zoran Đorđević (guitar), Branko (bass guitar), and Boban (drums) formed the band Dobri Isak (Kind Isaak). After the home made demo recording and short pause, Cvetičanin, with bassist Miloš Miladinović, and drummer Saša Marković "Markiz" reformed the band, whom in the period of 1984-1985 will join Nenad Cvetičanin, Predrag's brother, from the band Arnold Layne. They recorded their first and only album "Mi plačemo iza tamnih naočara" (We Cry Behind Dark Glasses), released in 1986 by the Niš Student Cultural Center (SKC), being the first release of the Studentkult production. The album, released on compact cassette only and printed in a limited number of 100 copies, had been distributed by the Ljubljana ŠKUC, and rapidly sold out.

Band's concert activity was consist of winning the Best Performance Award on Serbian Youth Festival in Knjaževac in 1985, after they gain the opportunity to appear the Dani Novih Omladinskih Novina in Split (Croatia) on Summer of the same year. After that the band appeared with several other Niš bands at the "Pozdrav iz Niša" manifestation in Skopje (Macedonia). In a short period of time, the band had another performance in Skopje, appearing as guests at the first solo concert of the band Padot na Vizantija. During the late 1985, the band performed at the Rock Bands Festival held at the Belgrade Dom Omladine, and on early 1986, the band had two appearances at the Zagreb (Croatia) alternative rock festival Yu Rock Moment, on March in the semi-final, and on May at the festival finale, held at the Republic Square, performing with Let 3, Oktobar 1864, and Mizar. Dobri Isak performed until June 1986, when they held their last concert at the Niš Synagogue, appearing with Arnold Layne and Mizar, after which they decided to split up."

Limited to 400 black & 100 red vinyls.
Including insertsheet with lyrics & over 20 bandphotos.
100 copies of 20-page bands own fanzine from 1984/85 (and bonus material) available only with red vinyls.

Bandcamp Daily  your guide to the world of Bandcamp